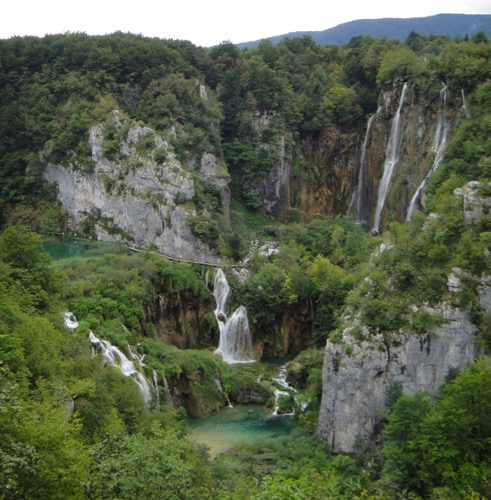 We had planned two nights in a guesthouse near Plitvice so we could get up early and beat the crowds to the park by 7am.  We’d read reviews that said the park was rammed by midday, with all the tour busses arriving pouring out visitors(damn tourists!) to see the park,  As the alarm rang at 6am we could already hear the thunder that was threatening to spoil our day.  The scene out the window was grim, and it was clear we weren’t going to the park in the pouring rain.  It rained for 8 hours on and off until finally we got a reprieve in the afternoon.

The sky was looking clear, and the forecast was good, so we headed to the park.  We thought(hoped) that the rain might have kept some people away, but when we got there there was still quite a buzz. 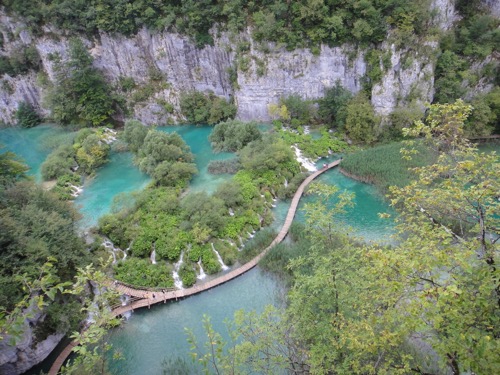 The sometimes-crowded walkways were worth the hassle though, as the lakes and waterfalls are spectacular.  There is a 8km (including a 2km boat ride) loop that we chose to do around the lakes.  There are many, many more options both in the lake area, and in the park making Plitivce a gourmet buffet for the hungry hiker.  I only wish we had more time to explore the many other routes in the park. 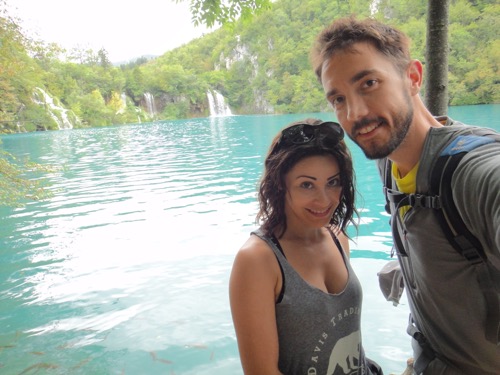 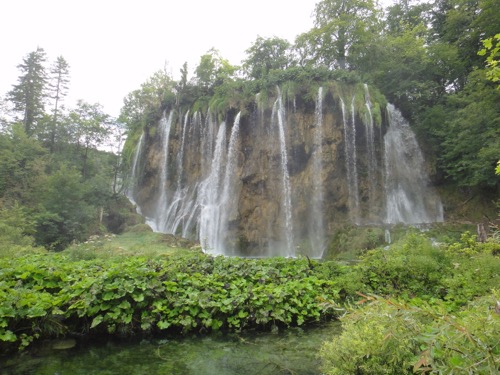 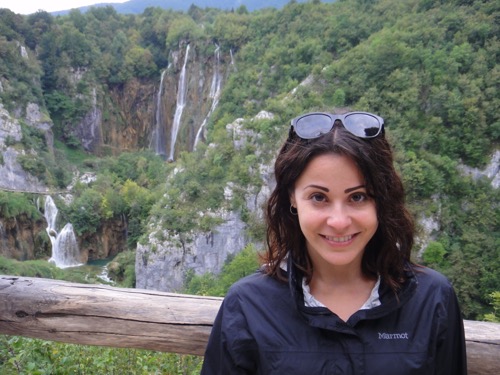 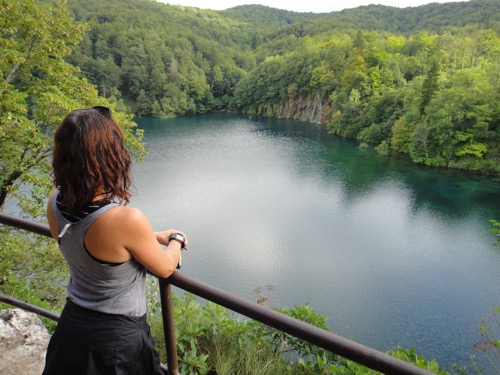