Since our flight from Cusco to Bogota had a layover in Lima, I thought it would be a great opportunity to do a whistle-stop tour of the city and see what all the fuss was about. 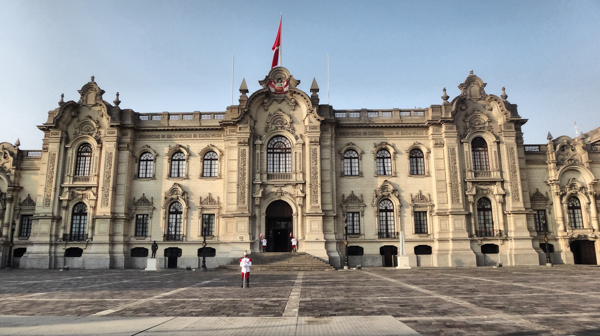 I hadn’t felt the need to visit Lima, but several people talked it up, so it seemed like a great chance to see what the city was all about. I booked us a bicycle tour through Viato, TripAdvisor’s tour arm, specifically because it allowed us to set the time of the tour (and given that we were arriving in the middle of the day, well after all the walking tours would have started, it was our only option). 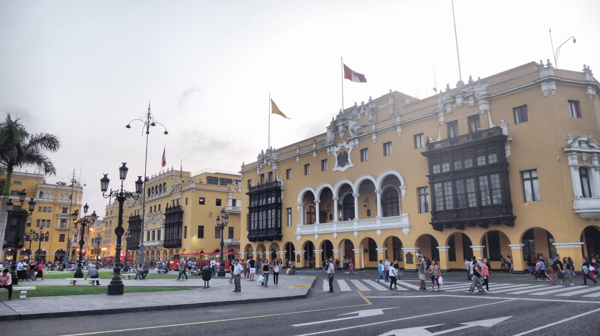 Immediately after booking the tour I was contacted by someone telling me that they no longer offered the bike tours, and asking if we wouldn’t mind doing a walking tour instead. Since I had originally wanted to do a walking tour, this was no problem, I explained, as long as we could set the start time given our strict timeline. The guy said no problem, and we arranged to meet our guide, “Franco” at 4pm at the Plaza De Armas, in downtown Lima – he’d be wearing a yellow shirt. 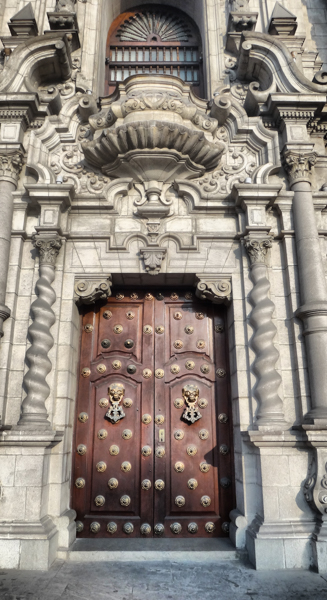 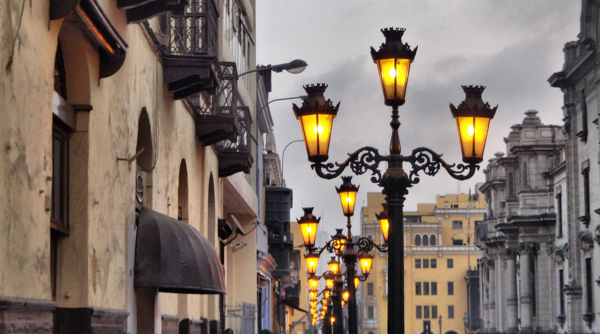 But by 4:15PM, we had scoped out every person in the vicinity wearing a yellow shirt, and none of them were our Franco. There was one tour guide who was standing around so I asked him, just in case, if he was Franco. He wasn’t, but he offered to call Franco’s cell (I had the number) since we couldn’t use our phone without paying a ridiculous overseas price. Apparently Franco told the guy he’d be there between 4 and 4:30, when it was already 4:15. At 4:43 we see a guy wander over to the plaza looking a bit out-of-sorts, and approach to see if he’s Franco. He is! When I ask him what happened, he tells me he came at 4PM and we weren’t there. I tell him that’s impossible because we’ve been there since 3:50PM and this is the first time we see his face. He shrugs me off and says that his boss told him 4:30pm. I tell him that if that were the case, he’s still 13 minutes late since it’s now 4:43. He admits and apologizes to being 13 minutes late but makes no apology or explanation for the actual 43 minutes he’s late, and I have written proof that the tour was meant to begin at 4pm. 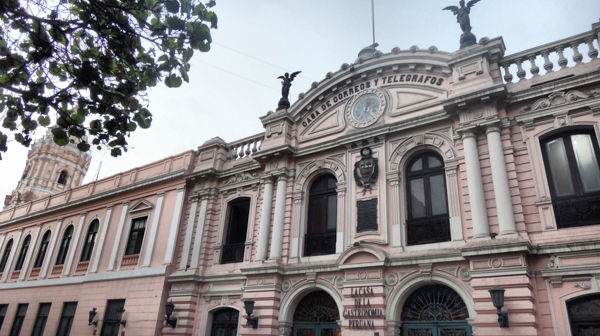 It’s an awkward conversation, which Jordan had no knowledge of since it went so quickly – but Franco says he’s willing to continue if we are. I ask how long the tour is, and he says 3 hours. I explain that 3 hours would have been fine if he had showed up at 4pm, but at almost 5pm, it’s not possible. We need to get back to the airport for 7:30pm. He agrees to shorten the tour to the essentials and we begin walking. 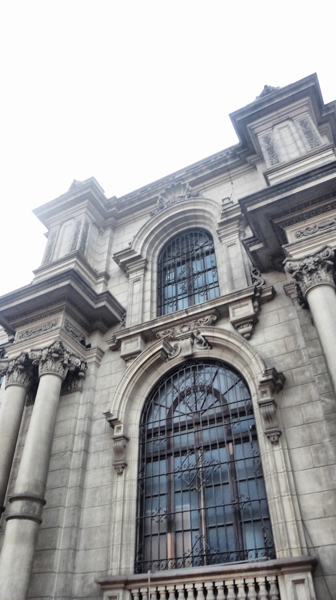 The whole experience was a trainwreck. He seemed lost in his own city, he didn’t seem to know the history that he was telling us and often repeated himself like a kid who forgot his lines in the play and just kept going back to the ones he actually did know. Add to that his English was so bad that we could barely understand him, and his entire demeanor was one of someone who’d been suckerpunched right before showing up, and the tour was painful to say the least. I often would ask him a question in English (I had booked an English tour for Jordan’s sake) and then have to ask him again in Spanish when it became apparent that he didn’t understand what I was asking. 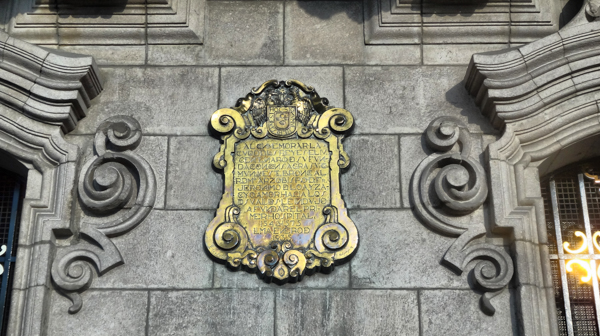 I asked Franco to explain what the commemorative plaque was for on the cathedral in the main plaza – he had no idea. 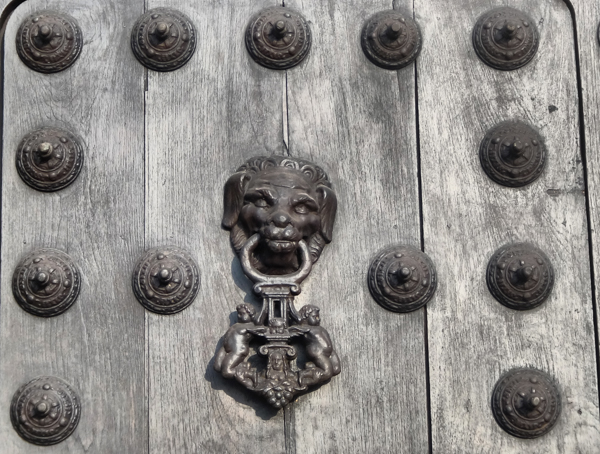 I asked Franco about why the Cathedral door knockers were all this interesting canine figure in both English and Spanish but he stared blankly at me, so I don’t think he understood the question.

The only good part of the tour was when he took us to a chocolate museum and the in-house guide took over – this guy was the antithesis of Franco – he was animated, he was passionate, he was charismatic, and we could actually understand his English! 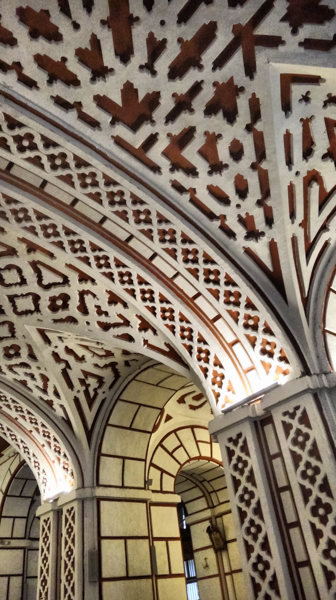 Both Jordan and I seemed to be counting down the hours until the tour was over. It was worse than being at a doctor’s appointment – that’s how awkward and unpleasant it was. When we finally got in a cab to the airport, we both exhaled sighs of relief. Never again, Franco! 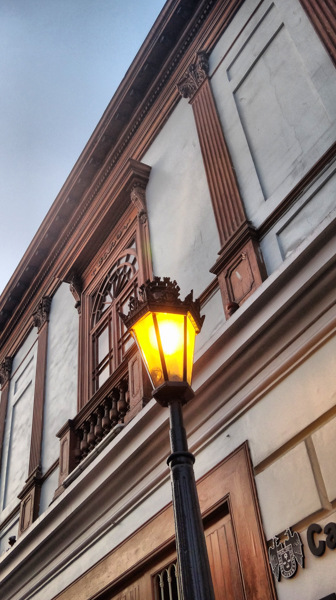