The Samaria Gorge is the second longest gorge in Europe, a place that attracts over 1000 hikers per day because of it’s beautiful scenery. It is also Victoria’s first anniversary gift to me! 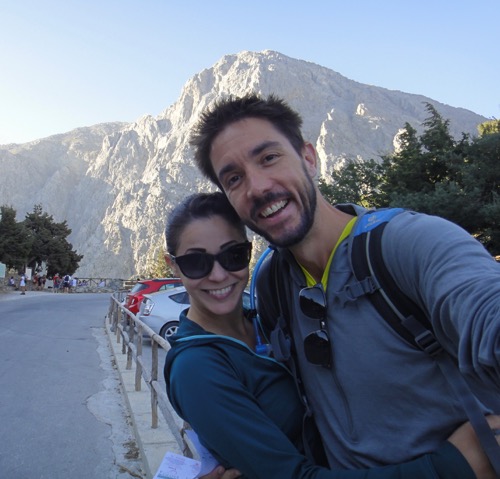 Start of the hike – look how happy and sweat-free we are!

Sticking with tradition, for our first anniversary Victoria bought me a map(paper) of Samaria Gorge, and set me loose. I immediately started searching how to get there, how long the hike was, how much water to take, etc. (I like being an over-prepared hiker). Like most places we’ve been visiting in Greece, there were warnings not to go in the summer(whoops!). The heat and the crush of tourists can make for an unpleasant day. Despite this I was still psyched. The pictures I found of the gorge looked amazing, and all reviews of it were quite high – except for one person who was complaining about all the rock! 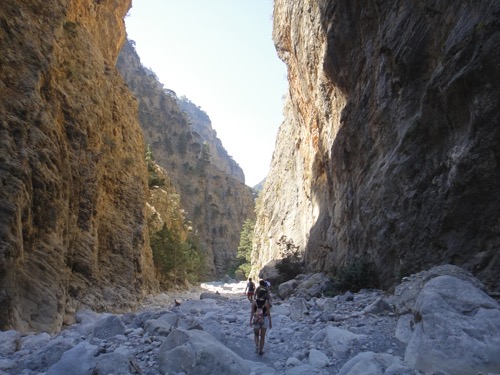 It is a gorge after all, what were you expecting?

Getting to the gorge is a bit tricky. While we’ve rented a car in Crete, the gorge is a one-way hike, ending in a town only serviced by ferries. To avoid this we decided to bus it. We were staying about 25 minutes outside of Chania town, which was the most common bus departure point for this hike. This meant we would have to get in to the town quite early if we wanted to beat the crowds (and the heat) and catch the coach to Omalos – the start of the hike. Because of this we opted to go with a tour instead. They picked us up a block from our apartment, handled all the transfers, ferries, park admission etc, and cost only €15 more than doing it ourselves – definitely money well spent.

After a beautiful, twisting, and sometimes stomach turning drive into the mountains, we arrived and were ready to start our hike. It was around 8am, but already it was too warm to wear anything but a short-sleeve shirt in the sun. The first few kilometres of the trail are quite steep, with many switchbacks alternating between lose rocks and slippery hiker-polished stone. We tried to make quick time to put some space between ourselves and the others that were pouring onto the trail. 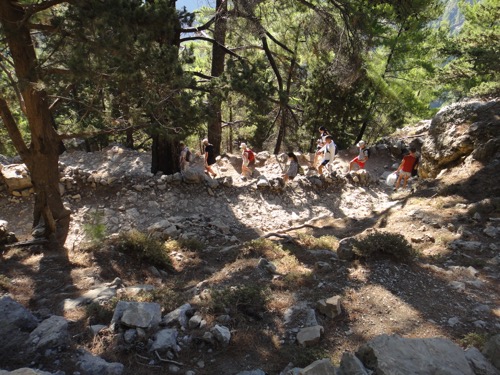 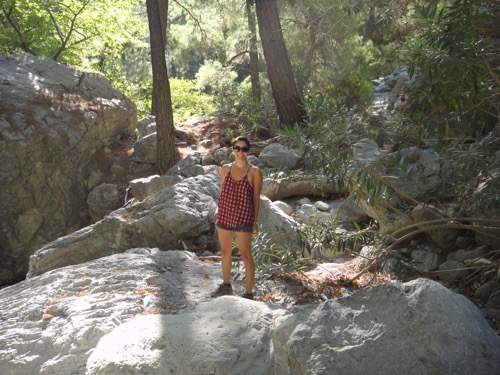 At the halfway point we stopped for lunch at what seemed like an old village along the route. Like many of the pitstops along the route, this one had drinking water and squat toilets(not side by side of course!). 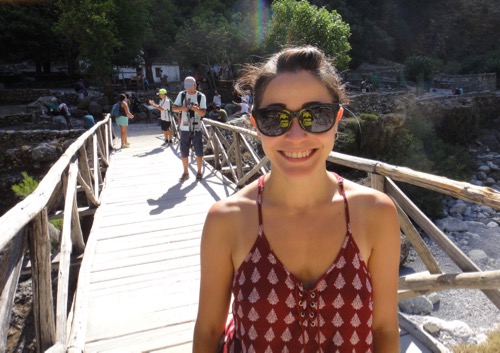 Bridge to our lunch spot 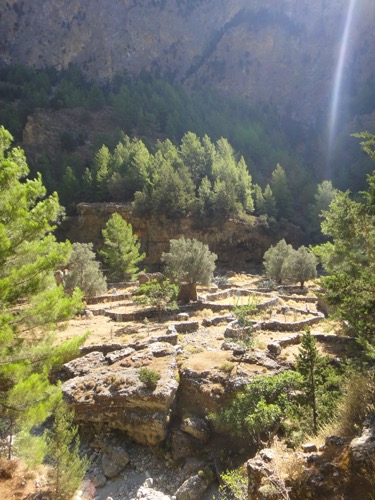 There were several structures like this along the route\

After fuelling up we headed out along a much more gentle slope than the first half. After some nice easy trail, we started picking our way through the rockfall in the gorge and took in some of the amazing vertical walls. 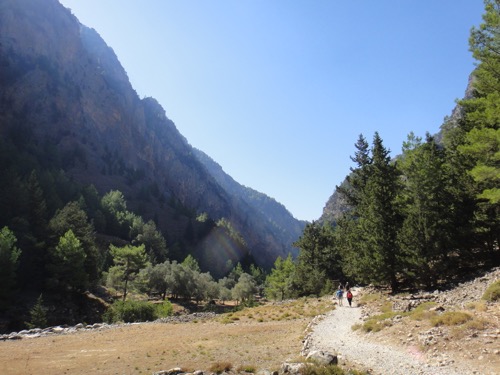 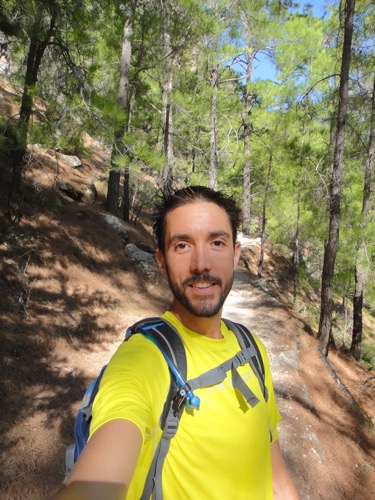 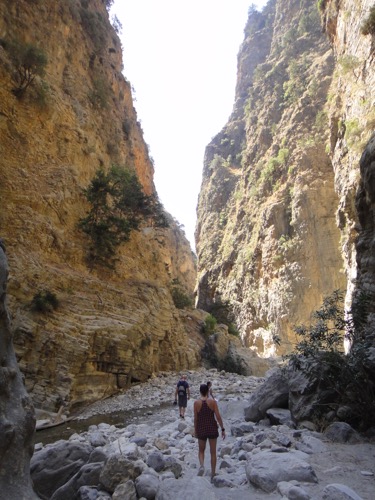 We ended our hike around noon, just as the sun was starting to get unbearable. From the park gate, you can either walk 3km to the beach, or take a bus for €2 each. Guess which one we opted for!  Upon reaching the town, we still had a few hours to kill before our ferry.  We quickly spotted some lounge chairs and umbrellas on the beach, which we rented for €3 (including a free beer!).  After a few hours chilling on the beach, soaking in the ocean, and burning our feet on the black volcanic sand, we located our guide, caught our ferry, and headed home for some well deserved rest. 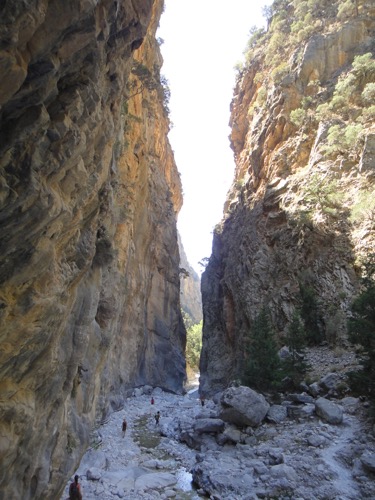