Pic Saint-Loup is a nice hike with a gorgeous summit about 36km north of Montpellier, just don’t use google maps to get there!

When we headed out for Pic Saint-Loup, we entered it into google maps and we were on our way – mistake!  Google will bring you to the north face of the mountain, which is not climbable(without gear) and where you may or may not meet a kind french woman who will inform you that you, like many others before, are on the wrong side of the mountain!  The best way to reach Pic Saint-Loup is by heading for a town called Cazevielle, and following the well-marked signs for Pic Saint-Loup once you get there.

After backtracking and making it to the correct side of the mountain, we were soon on our way.  The trail was well worn with many nice views, but unfortunately a lot of the trail was uneven rock, which made for an easily twisted ankle if you weren’t paying attention. 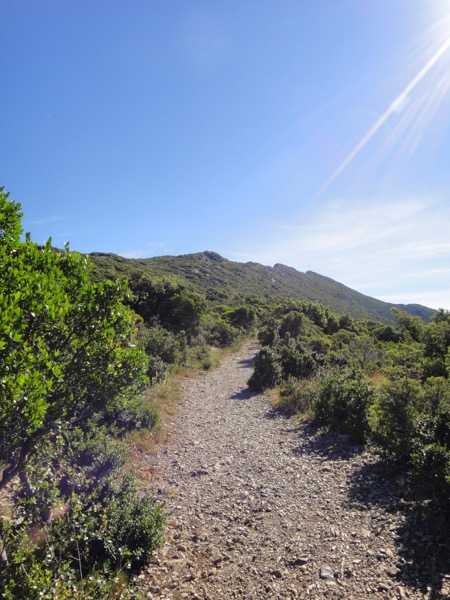 After about an hour we made it to the top to take in the views allowed by the sheer drop of the north face: 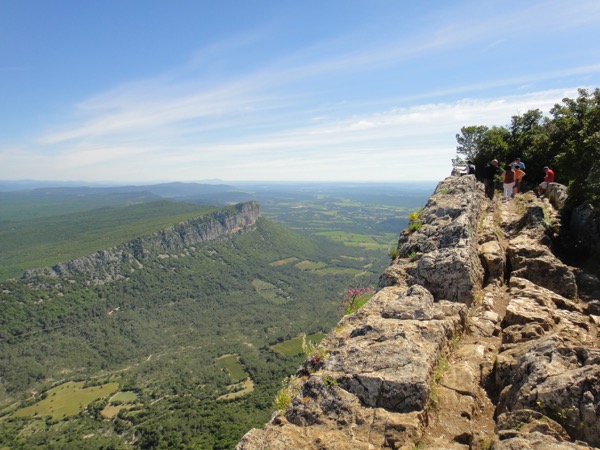 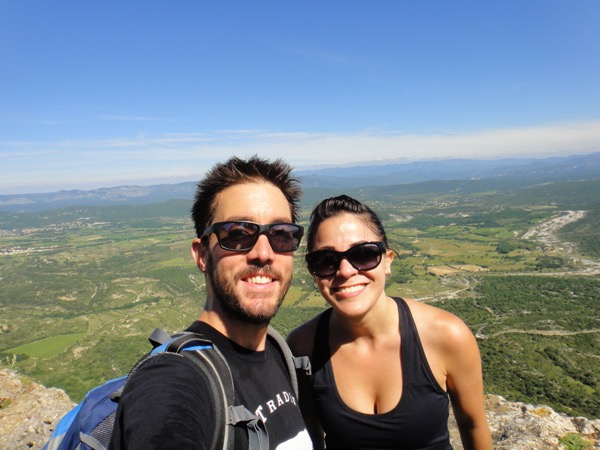 We were soon back on our way down, only this time at a bit of a jog.  We had to watch our step as the rough ground we encountered going up was twice as dangerous going down, but after a half hour we were back at the car and ready for lunch!