We started the day with a dry landing onto Isla Española at Punta Suarez.  This area was filled with many colourful iguanas, some sea lions, Nazca boobies (and their young), blue footed boobies, galapagos hawks, and lava lizards. 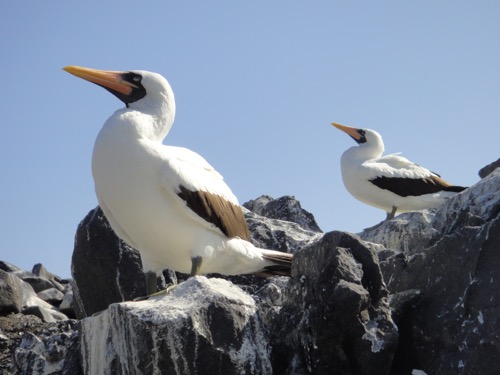 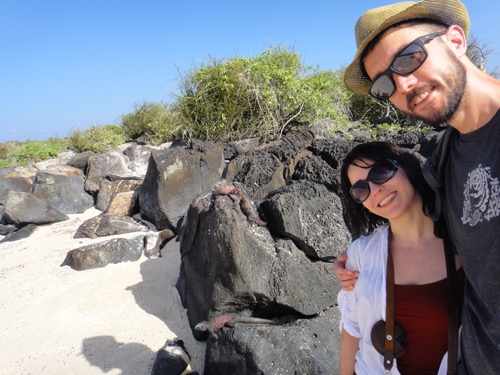 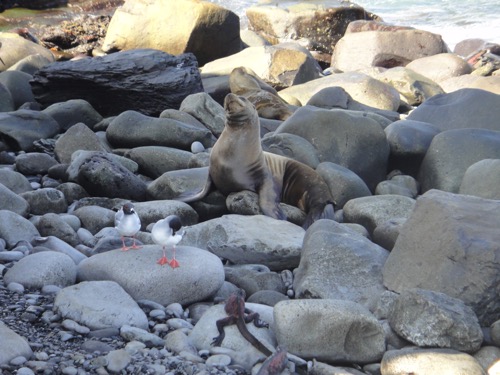 We did get to see some marine iguanas going for a swim, and caught sight of a blowhole, so all was not lost. 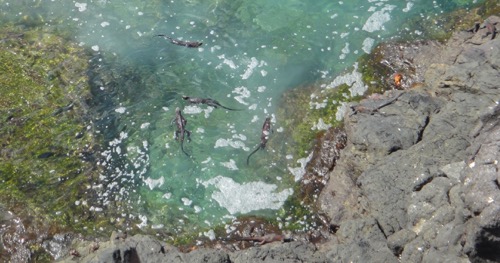 Later in the day we went snorkelling, and it was quite good.  We swam with white tipped reef sharks, eagle rays, sea lions, and even spotted an octopus(I think).  Victoria had some fun swimming with a sea lion, and thought she was getting it all on the go pro, but unfortunately it wasn’t quite aimed correctly so all she ended up getting a lot of blue water, a hand or two, and one quick look at the sea lion’s flipper.  While I was trying to figure out whether I was staring at an octopus or some new form of life, a sea lion buzzed by me and scared me senseless.  I was able to get one blurry shot of it before it went on it’s merry way: 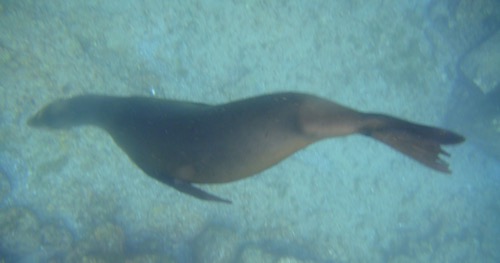 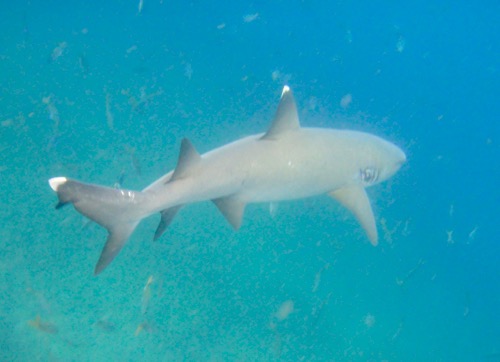 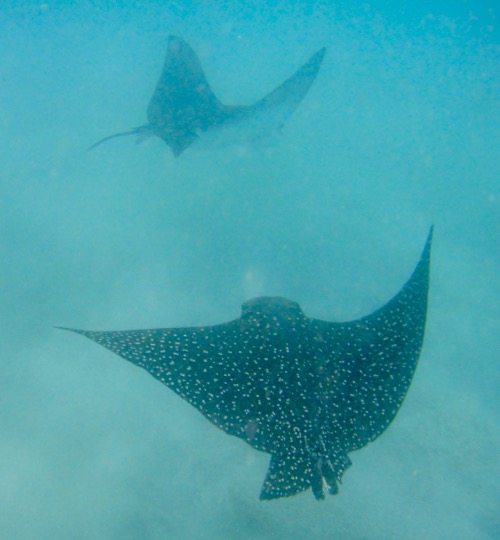 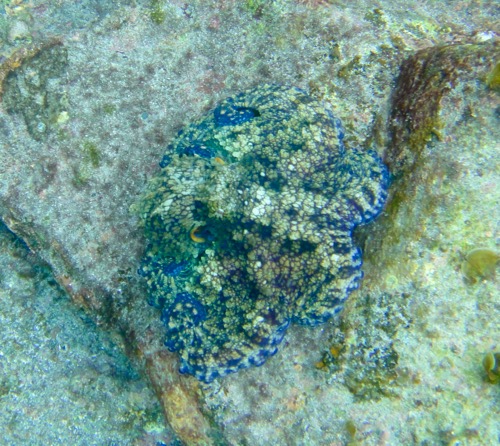 Later on in the day we visited a beach for some more swimming and exploring., Victoria was having fun playing in the waves, and trying to entice the sea lions to come and play, but ended up just getting tossed around in the surf.  I think she still had a good time. 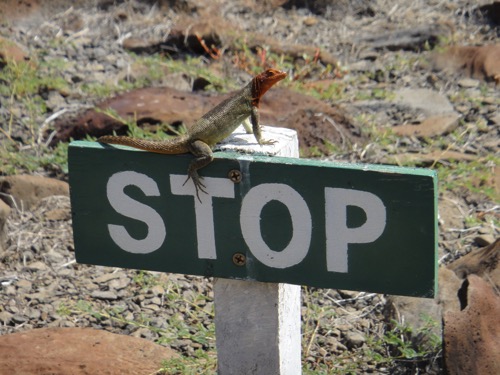