This morning we had a wet landing onto Isla Santa Fe, which started with a beach filled with sea lions. 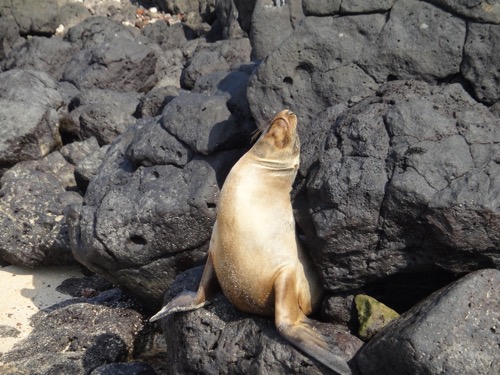 The bull (head male sea lion) was asleep so some of the younger males were trying to stake their claim to the territory while they could. 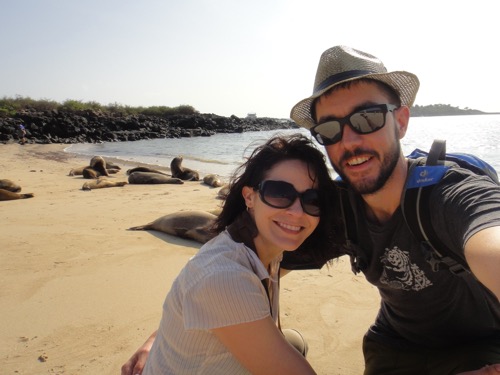 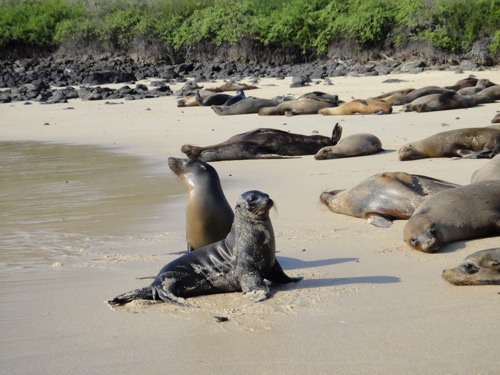 We toured around and saw some land iguanas, including some juveniles. Unfortunately it was only the old guys that wanted to stick around, the young ones ran away before we could get a good look. 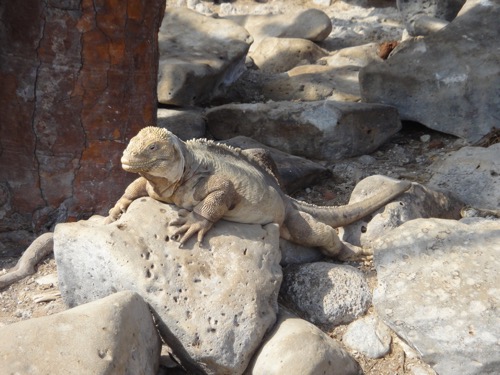 Next we went snorkelling near the same beach, in some pretty choppy water. This was near a rock wall and had to deal with some surge, which left us both a little queasy. Despite the waves, the fish were still abundant, and there was plenty to see. 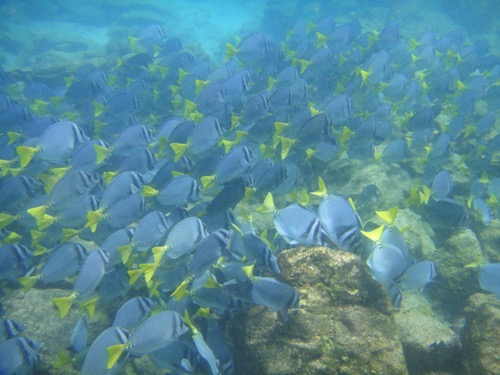 Unfortunately I didn’t see the jelly fish that stung me, but I got off pretty easy – some vinegar and it stopped hurting immediately.

After lunch we toured South Plazas Island, saw some more Iguanas, including this hungry guy reaching up to grab a bite of a cactus: 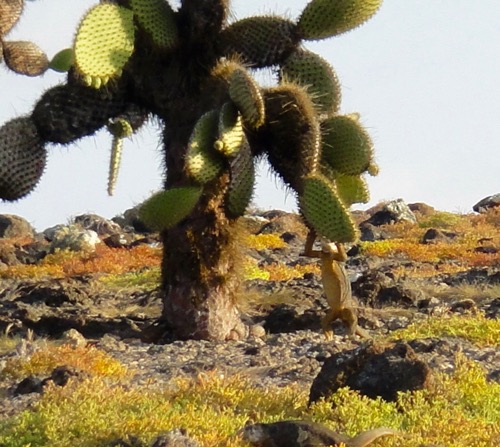 Though that one was pretty far away from us, Victoria was able to get some facetime with a few lucky iguanas: 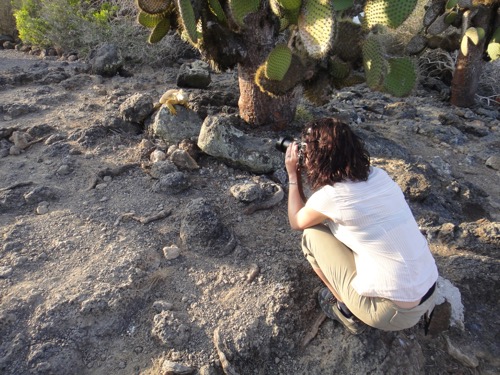 We were also able to see many more sea lions. The area below is called “the gentlemen’s club” as it’s a spot for male sea lions either too young or too old to be beach masters. They will actually climb all the way up to the top of these rocks on their flippers in order to avoid the bull, who will fight anyone that dares enter his beach! 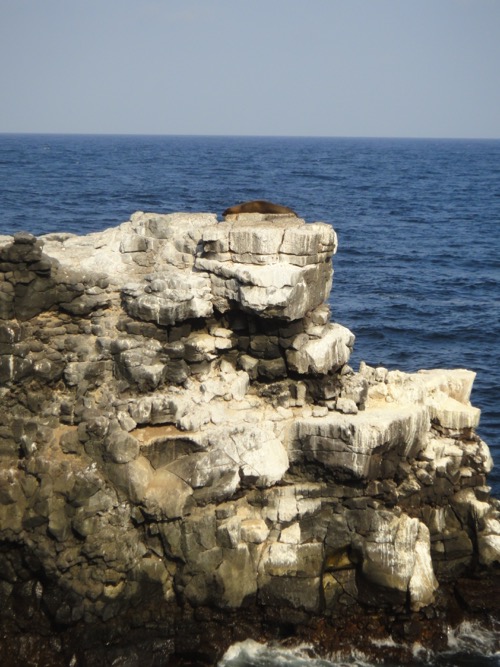 On top of the iguanas and the sea lions we were able to spot several birds: tropic birds, Nazca boobies, terns, yellow warblers, frigates, and our first (but not last) look at the blue footed boobies: 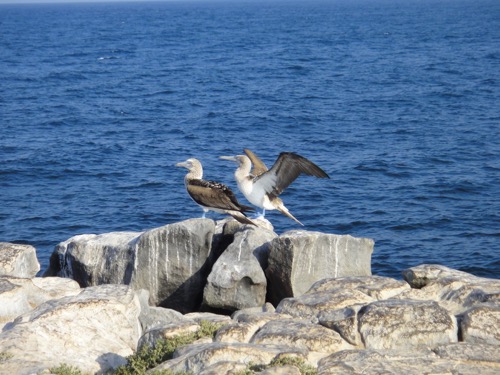