While actively preparing for the Inca trail(i.e. waiting around for the altitude to stop kicking our butts), we decided to hike up to one of the nearby ruins in Cusco: Sacsayhuaman. 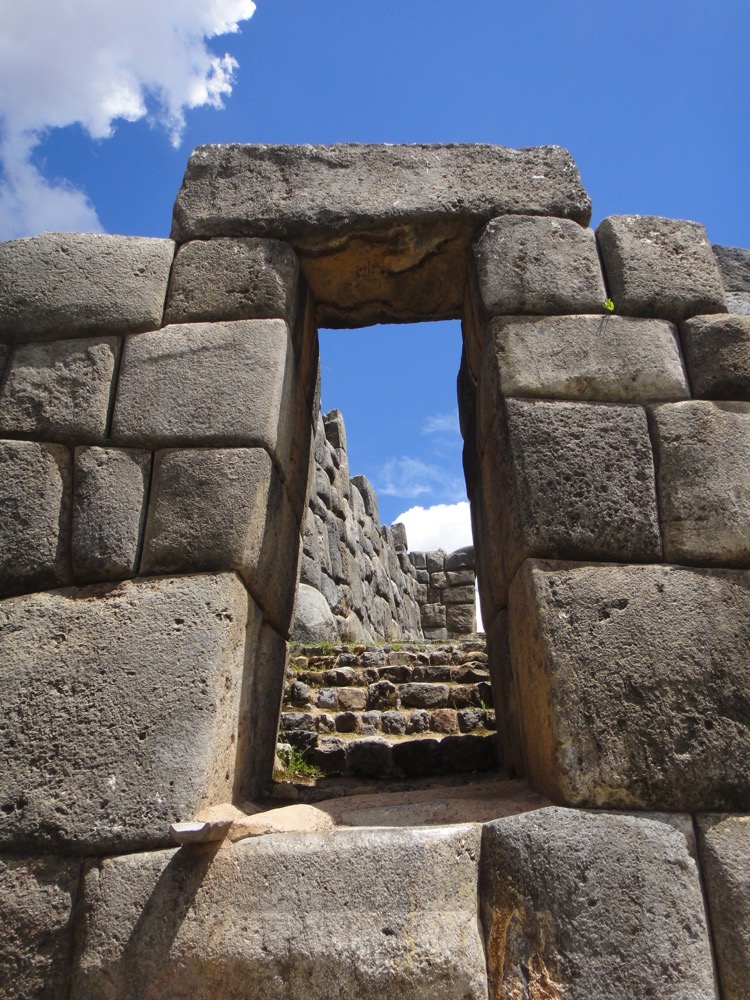 Cusco was originally laid out by the Inca to resemble a puma, and Sacsayhuaman(roughly pronounced ‘sexy woman’) lies towards the north-western end, representing the puma’s head. We were a bit worried it might not be worth visiting, as some people had described it as ‘a pile of rocks’, and not worth the trouble. Despite this, and our upcoming Inca Trail hike, I still managed to convince Victoria that we should attempt it before our 4 day adventure. It was also a good chance to test out our newly acquired hiking poles and gear. 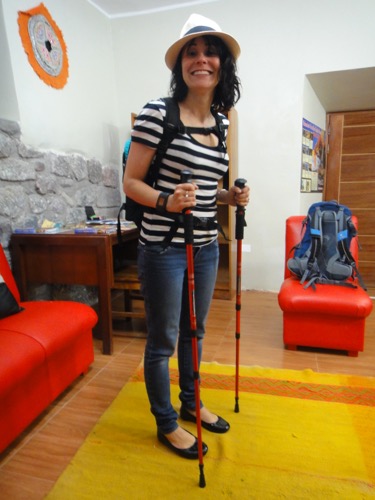 Victoria ready for the hills

From the central plaza in Cusco, the path to Sacsayhuaman is roughly upwards: 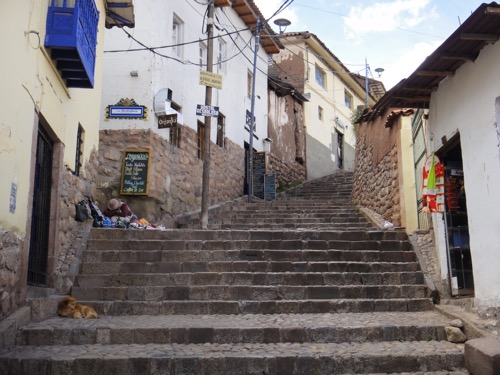 This staircase eventually became a trail, and it wasn’t long until we encountered the beginnings of the ruins: 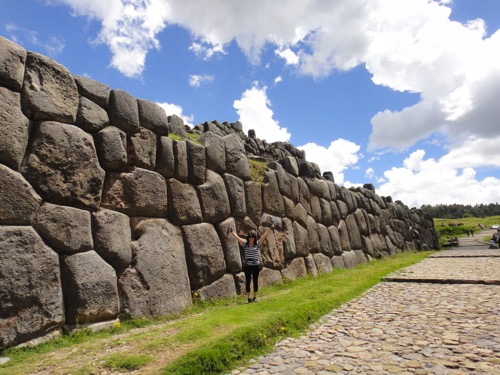 This time we opted not to do a guided tour, which in hindsight was a mistake. There was obviously a lot of history at the site, what was most impressive was the Incan masonry. The work that clearly must have gone in to carving all the stones to ensure they fit perfectly was incredible. 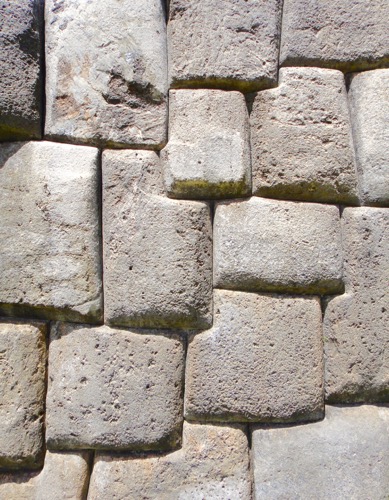 The ruins are even more impressive in person, when you realize the stones are enormous. It’s clear there was amazing talent, skill, and patience involved in carving them. 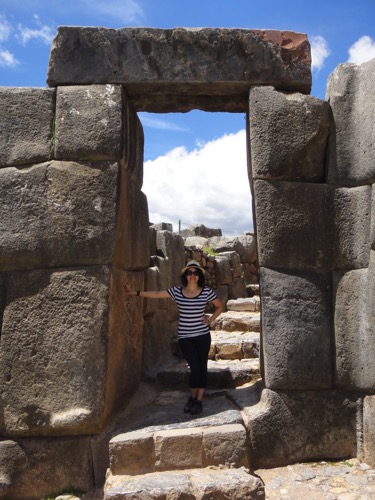 On top of the amazing stonework, visiting Sacsayhuaman also affords you great views of Cusco.

Overall I would definitely recommend visiting Sacsayhuaman, but also springing for the tour guide.