In the heavens above: The monasteries of Meteora, Greece

The name Meteora can be literally translated to ‘middle of the sky’ or ‘in the heavens above’, and as our train first pulled into Kalambaka (the town at the foot of Meteora) I could see why.  The huge stone monoliths of the area immediately stand out, especially when compared to the more rugged mountains to be seen way off in the background.  One of my first thoughts upon seeing the rock up close was ‘wow, I really wish I brought my climbing gear!’.  But the rock it self isn’t the only impressive part.  The network of monasteries built into and on top of the stone pillars are what draw most of the tourists. 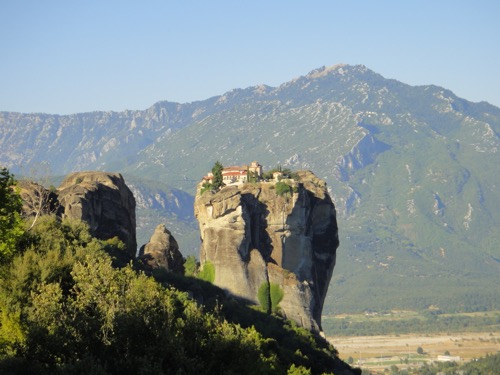 Most people who visit the area stay in the town of Kalambaka, but we opted to stay in Kastraki, the smaller of the two towns near Meteora, and slightly closer to the monasteries.  What we didn’t realise was that Kastraki had only one small market, and no ATMs, which made buying food a bit difficult.  The upside was that this was the view from our apartment: 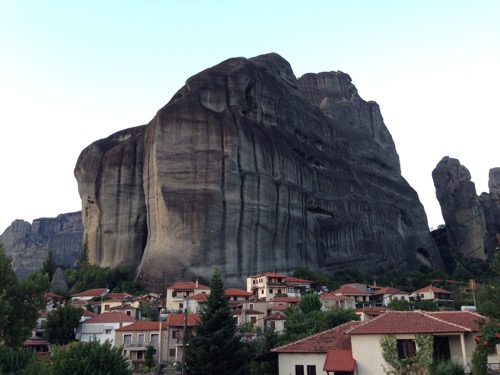 There are six different monasteries and nunneries built in the area, many of them originally only reachable by long ladders, pulleys systems, or cable cars.  This suited those who originally built the structures, as they could pull up their ladders in times of war or political strife.  They are now accessible via staircase, and you’ll see many tour busses pulling up to the various sites along the route.  The only people invading the monasteries now are hordes of tourists, Victoria and I included! 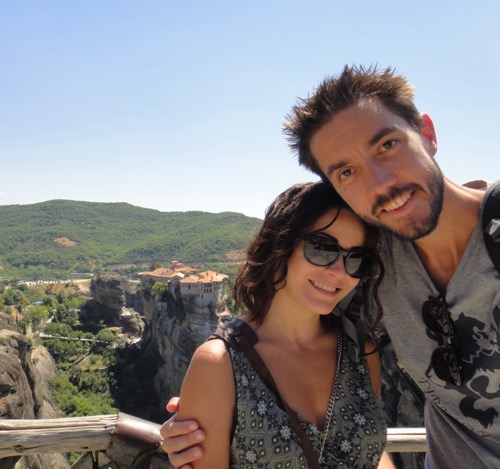 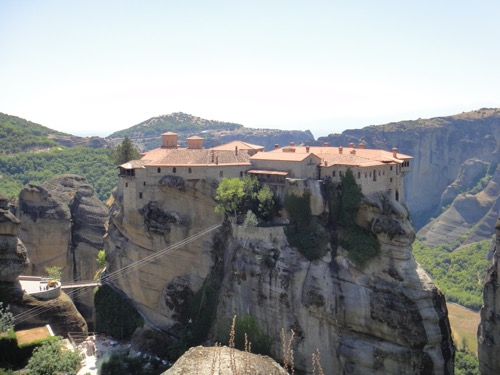 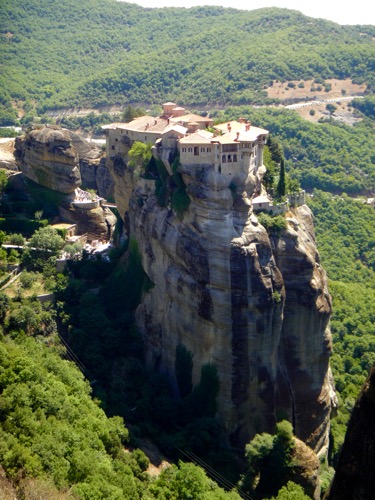 Everyone visiting the monastery is supposed to dress modestly.  This means pantaloons (I saw it on a sign but forgot to get a picture of it) for gents and long skirts for ladies.  If anyone comes in their short-shorts(regardless of gender) it’s not a problem, the monks will give you a skirt to wrap around your waist!  We only toured 2 out of the 6 monasteries as we had read they they were all very similar, and figured after you’d seen a room full of monk skulls, you’d probably seen it all. 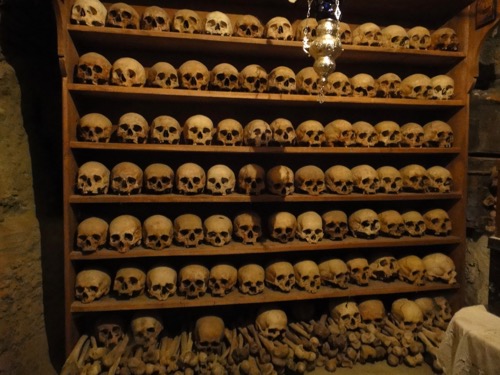 The trains leaving Kalambaka only run very early or very late, so we decided to stay three nights instead of two, so we could have two full days of exploring.  This also allowed me to get in a trail run of the area, which I was really excited about.  There are many trails all over the area, which range from nice, flat, runnable terrain to scrambles and climbs.  I took a wrong turn on one fork and ended up at some shrine near the edge of a cliff: 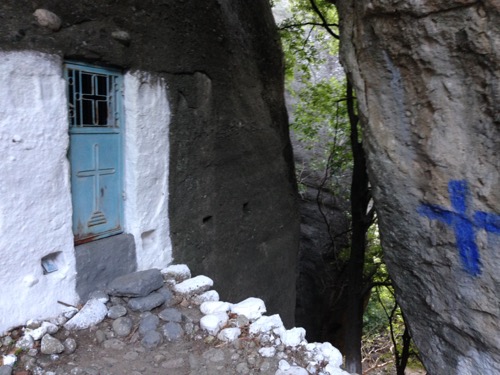 After backtracking and finding the correct route, I was able to get some amazing views, and finished the run before most of the monasteries had even opened. 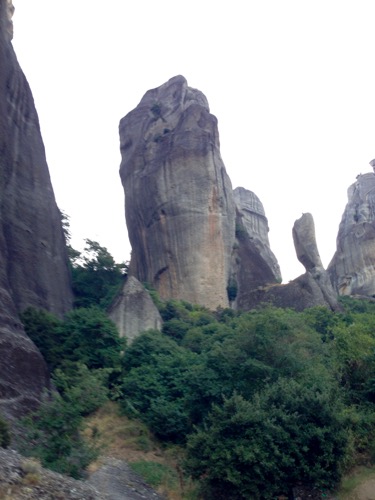