Today was the first day of our Galapagos cruise.  After much running around in Quito looking for boats that had decent itineraries, small tour sizes, and (most importantly) spots available, we settled on the Queen Beatriz: 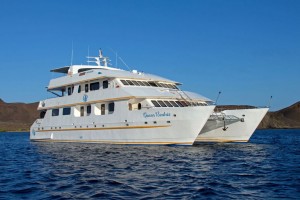 This was quite a nice catamaran, with a tour size of 16.  Some of the others offered were 50 or 100 people per boat, and with that size it’s very difficult to get to see everything you want.  While not the longest itinerary, ours allowed us to see several islands, and several different examples of flora and fauna: 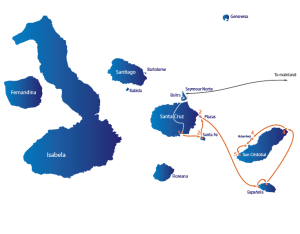 After stowing our bags, getting the required safety lectures, and having a quick bite to eat, we were off to our first stop: the Santa Cruz highlands in search of tortoises.

When we reached the highlands, our guide Mauricio gave us the low down on tortoises.  We learned how to approach them (very slowly, from behind, crouching down when you get near), and got some great photos with them: 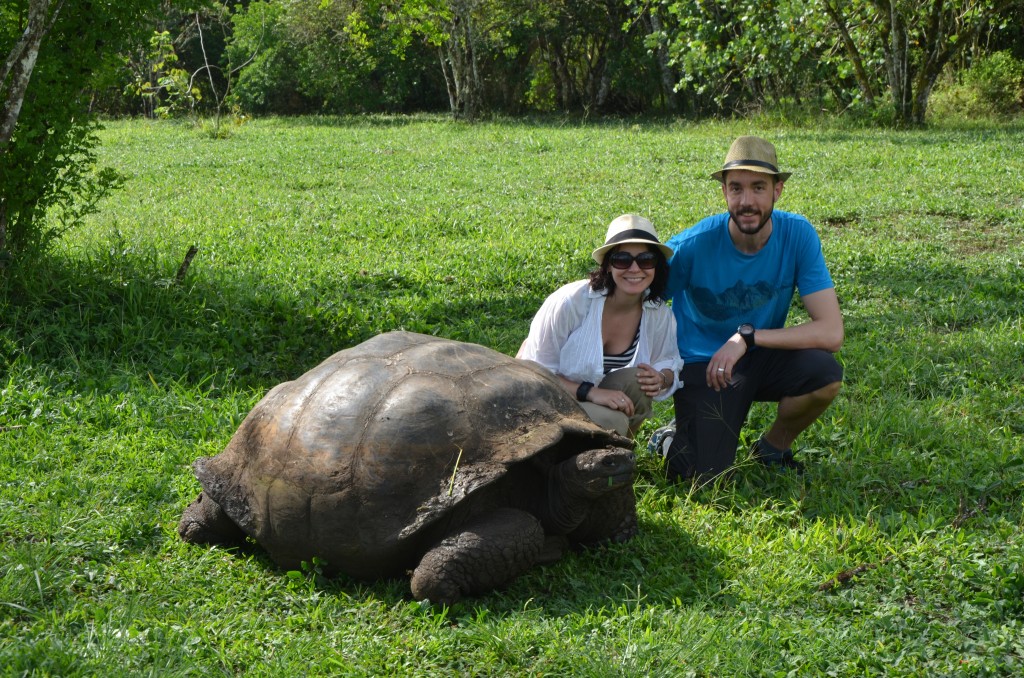 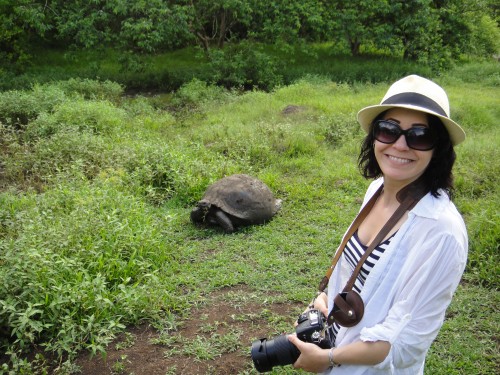 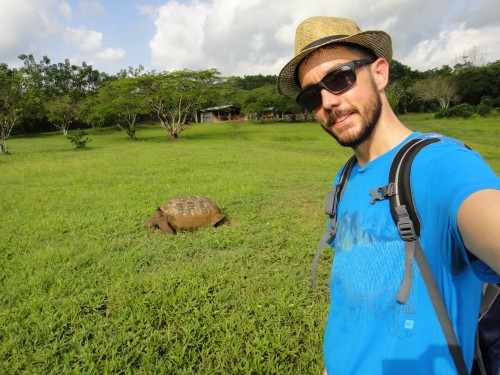 Some of them are massive, our guide was saying some could easily reach 800 pounds.  In the wild they live over 100 years and they have been on record as living in captivity over 170 years.  Around this time of year they make their way from the highlands (where we saw them) down to the lowlands to mate.  They’re often already on the move so we were lucky to see so many of them before they start bulldozing their way down through the bush.  It was hard to imagine them doing much else other than dozily enjoying the sunshine and grass. 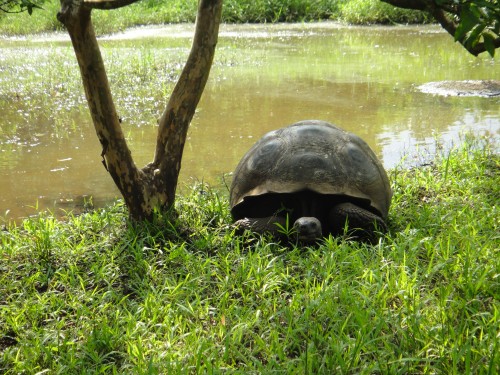 After visiting the tortoises, we took a quick tour of a lava tunnel left by the islands early formative period, when the many volcanoes took part in creating the Galapagos.

The night ended back on the boat with an official introduction of the crew, and a delicious dinner.  Unfortunately Victoria wasn’t able to enjoy as much of the food as she would have liked as the rocking of the boat left her a little sea sick.  She’ll get her sea-legs eventually!